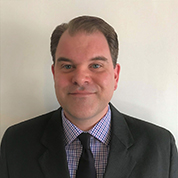 Eric Schlueter joined the Kansas City team (remotely due to COVID-19 restrictions) on March 30th as an AutoCAD Designer. His prior experience includes three years at Manko Window Systems in drafting and management roles and a 30-week internship with TreanorHL Architects in Denver. A veteran of the U.S. Army, Eric served with the 82nd Airborne during his deployment in Iraq during the 2007 surge. He holds an Associate of Arts degree from Kansas City Metropolitan Community College, after which he studied architecture at the University of Missouri, Kansas City and Kansas State University. 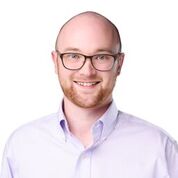 Matt started his career in 2017 with an internship at Interstate Batteries in Dallas, Texas, as a test engineer, where he performed failure analysis on car batteries that were returned on warranty. In 2018, he took an internship at Saulsbury Industries in Dallas, where he was involved in cost estimation for the construction of power plants, including coal, natural gas, and nuclear. As a part of this internship, he spent some time in Odessa, Texas, and Myrtle Beach, South Carolina, where he worked in the field for these massive construction projects. Matt received a BS in Mechanical Engineering from the University of Texas at Austin in the fall of 2017.

Matt is originally from Dallas and has spent his entire life in Texas. He enjoys playing basketball and producing music in his free time. 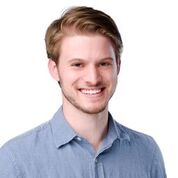 Sasha began his engineering career in 2017 at Chatsworth Products, Inc. (CPI) as a co-op design engineer. There, he worked under the Custom Engineering Team and was tasked to design and analyze data center cabinets with SolidWorks. During his time at CPI, Sasha learned to manage and prioritize projects to complete high profile assignments on time. He also developed his design skills by generating manufacturing drawings for the plant. Sasha joined the AWS Team as a part-time intern in the Spring of 2019, where he focused on updating internal tools, such as spreadsheets for Taptites and thermal expansion. After graduating from the University of Texas at Austin in the Spring of 2019, he accepted an offer from AWS and officially joined the team in late August.

Sasha was born and raised in Monterrey, Mexico, and moved to the U.S. in 2010. Sasha enjoys working out, football, and playing video games and board games.